In 2010 and 2011 two different routes were used with arrival in Piazza Garibaldi and the six Rioni ran all together.

Since 2012, the two-lap circuit in the historic center has been adopted, starting and finishing in the splendid setting of Piazza Garibaldi, under the Cassero (passing through via Curtatone, via San Martino, piazza della Chiesa, via L. Madoni and via Cavour). The total route is about 600 meters long and is an alternation of slight slopes, climbs, descents and bottlenecks.

The race takes place on the last Sunday of August.

Each team is made up of eight pushers, who compete in pairs, with three changes along the way.

In 2013, the Bottai Mancianesi Committee wrote the first regulation of the competition, then perfected over the years. In order to participate in the competition, pushers must be of legal age.

The competition barrels, weighing 100 kg, drawn in advance and assigned to each Rione, have names linked to local brigands of the past (Domenichino, Cenciarello, Basiletto, Gigione, Curato and Biondo).

The winners receive the cencio (rag), painted by a local artist every year. 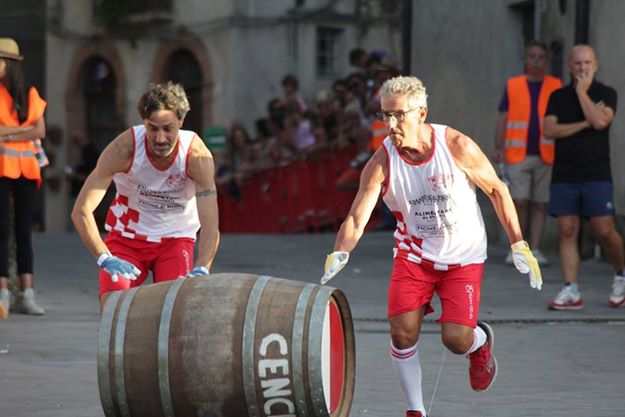 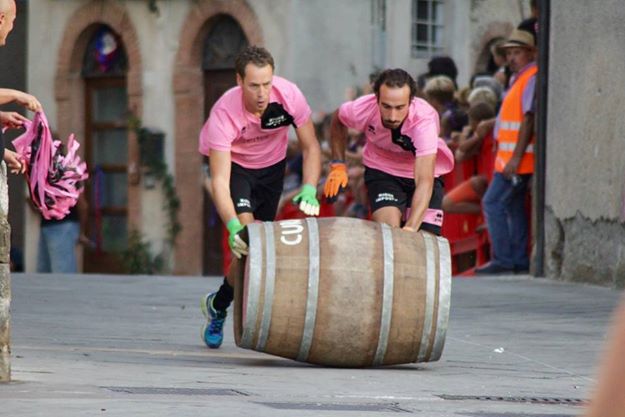 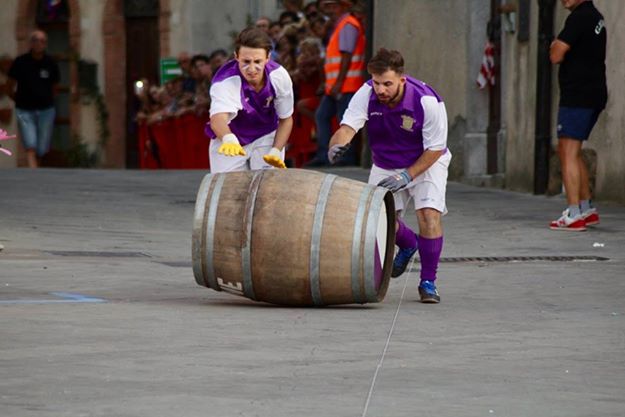 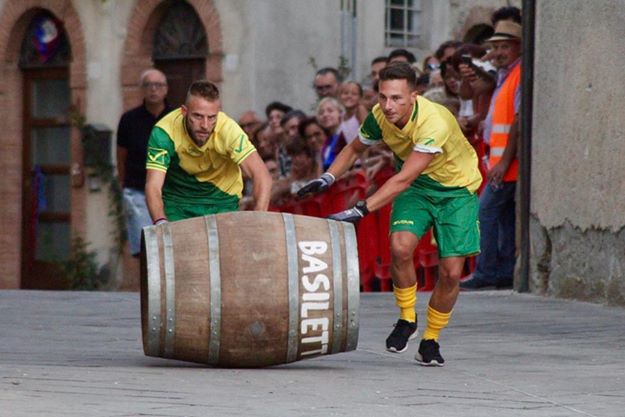 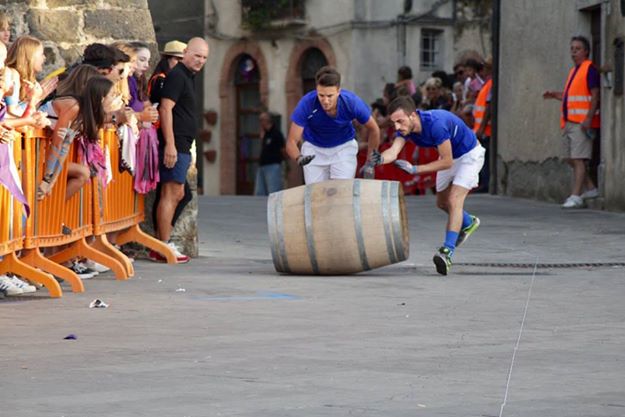